ONLY BELA UNDERSTANDS ME 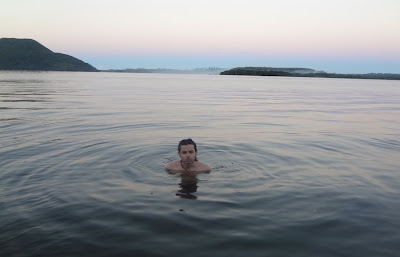 So, I´m back in Brazil. A friend from Helsinki asked me: “it should feel good to be back home after all those months” but I guess I have to give the Bela Lugosi´s answer: “Home? I have no home…” And it´s true. I still haven´t found (what I´m looking for…) a place to call home, basically because I´m always by myself, bringing my job with me wherever I am, and I am not attached to anyone. Maybe it´s a typical writers thing, to always see yourself as a foreigner, a strange; I don´t know. But I have my favorite place in the world, for sure, and it would be the Island of Santa Catarina, Florianópolis. 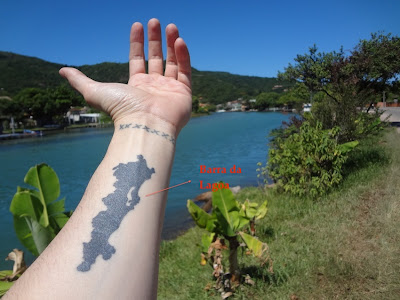 "Barra da Lagoa", where I used to live. A fishermen village, east of the Island.
The south is the colder (well, not that cold) and quieter (for sure, not that quiet, if you come to think about Finland) part of Brazil. It has roots in German immigration and a stronger touristic and commercial connection with the rest of South America, specially Argentina, Chile and Uruguay, which are geographically closer. Florianópolis is an Island, capital of the State of Santa Catarina, south of Brazil, well known basically for its beaches and surf culture. I’ve lived there for one year, from 2010 to 2011, and I’d love to tell you that there’s much more than that, but there´s not. Nature is the great thing about this island that is still so underdeveloped, maybe for the better. 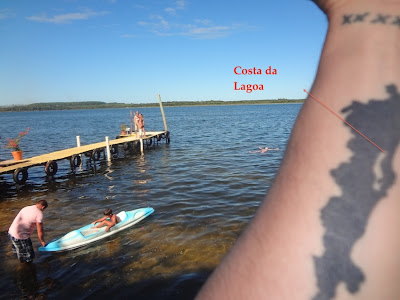 The map in my arm. Always bringing the Island with me.
It has around 40 beaches, plus lakes and native parks. It´s a touristic place, yes, but nothing as close to Rio, thank god. Even on a new year´s eve you can still find a quiet spot on a popular beach, leave your things unattended at the sand and go swimming (Uh, I guess this is pretty standard in Scandinavia. Sorry to say it’s NOT in Brazil. And for sure there would be people telling me NOT to leave my things unattended in Floripa. Well, I always do, but never would in a place like Rio.) 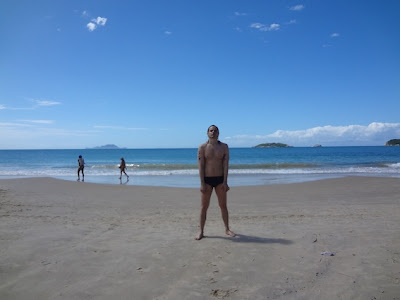 My credit card, iPod and clothes were somewhere in the sand...
Much of the “quiet” feeling of Floripa (short of Florianópolis), I have to say, is due to its underdevelopment. Much of the nature is preserved, yes, but it means you don´t have much infrastructure for tourism. At high season (January, summer) the traffic jams are a nightmare (because the roads are so narrow) and services in general (restaurants, supermarkets, HOSPITALS) are quite poor. Yeah, I think it’s part of its charm, but I couldn’t live forever in a place with such a shallow cultural life, very few theaters, no literary life, etc. That´s sad. 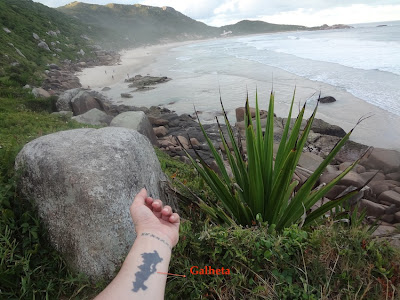 See, those pics were taken on a sunny weekend, and the beaches are pretty peaceful. Also, can you see the mountains? Do you see any houses? Buildings? Favelas? THAT'S how a beach is supposed to be.
The nightlife is quiet good, tough. Well, it´s a “city” as big as Helsinki, anyway, and it´s a capital city, so it has its clubs and a decent gay nightlife, maybe bigger than Helsinki’s. But for sure the daylife is much more interesting… 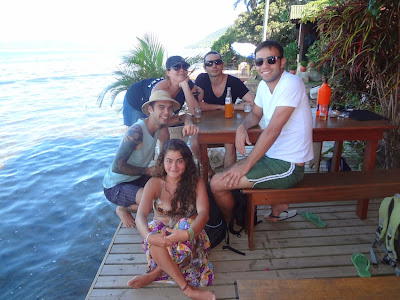 Friends by the lake.
I´ve travelled so much abroad, and I’ve seen so many people travelling to São Paulo and Rio. Well, Rio is undeniable beautiful, and maybe it holds a great sample of the Brazilian culture, but it´s still a big, stressful and not so safe city. São Paulo is stressful as hell, even though it has maybe one of the best nightlives and cultural lives in the world. Florianópolis is perhaps an accessible Brazilian “roots” experience (for Dummies), far from perfect, but still my favorite place in the world. 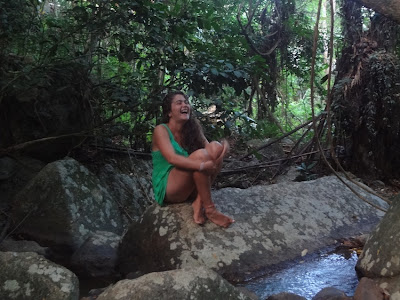 The little mermaid.
(Before you ask me – the AMAZON rain forest is not well known by the Brazilian people in general. It´s far, expensive and, thank god, still pretty much wild. A trip there from São Paulo could be more expensive than a trip to Europe.) 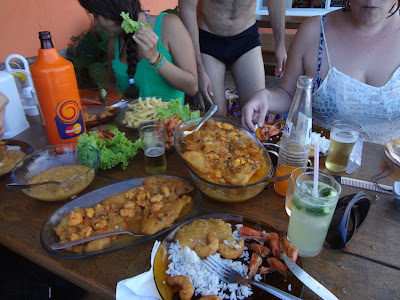 Seafood is obviously the choice in Florianópolis. Shrimps, prawns, oyster and fish in general are served in huge portions, as the Brazilian tendency for excess dictates.
It was great to be back south this weekend. And it´s great to know that I can always go back there (Uh, well, it´s around 10 hours by bus from São Paulo, I think it´s close, almost a trip from Helsinki to Rovaniemi… YOU should go more to Rovaniemi, you schmuck! maybe my 2nd favorite city in the world…?)

(C´mon, Paris is for hipsters.) 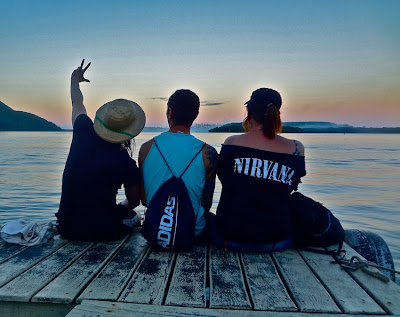 You are the one missing here. 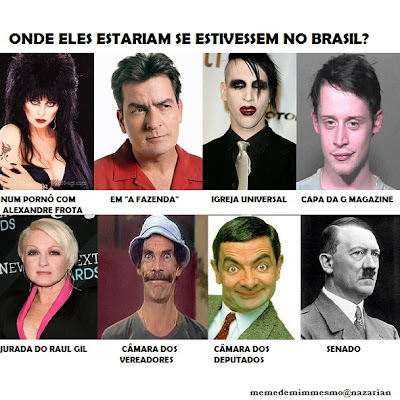 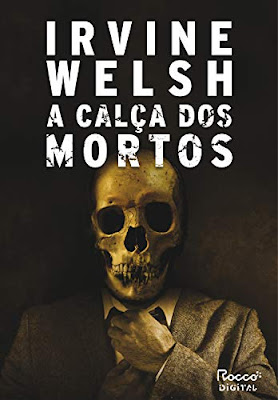